From early morning till late at night, workers, shoppers and tourists scurry across the concourse of Glasgow’s Central Station, like packs of rats, arriving or leaving from the many trains servicing the station. However, how many of these people ever stop to consider, or even know of, the derelict Victorian Station that lies beneath their feet that was once frequented by huge rats of an animal nature? A real hidden gem of Glasgow’s past. 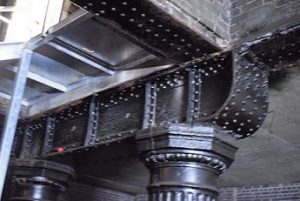 Glasgow Central Station was built by the Caledonian Railway Company and when it opened to the public in 1896, ran underground through the city centre. Travel through the tunnels by steam train was conducted in a gloomy, smoky atmosphere, the soot covered walls and ceilings being witness to this fact. As you would expect these conditions made a place where crime was rife and many a woman’s handbag strap was cut from her arm.

In order to build the station, the thriving town of Grahamston had to be demolished and now lies like a ‘Glasgow Atlantis’ deep beneath the derelict platforms lying below today’s busy station. However, not wanting to disappear altogether, two of Grahamston’s original buildings remain standing, namely, the Rennie MacKintosh Hotel in Union Street, and the Grant Arms in Argyle Street at Central Station Bridge, affectionately known as the Heilan’Man’s Umbrella. Many highlanders who fled the Highland Clearances settled in Glasgow and helped to build the station and would meet under the ‘Umbrella’ to speak together in their native tongue. 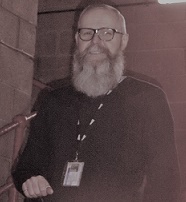 The deep levels of this Victorian Station have lain in a state of decay since the closure of the line during the ‘Beeching Cuts,’ but all of that is now changing due to the passion and persistence of Paul Lyons to breathe life into the stories these cavernous tunnels have to tell. 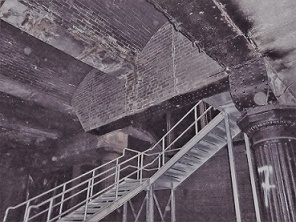 Paul’s idea to open the underground platforms came during one of Glasgow’s ‘Doors Open Days’. 100 free tickets to explore the subterranean passages were offered and 83,500 people applied for one of the tickets proving that it really was something worth developing. 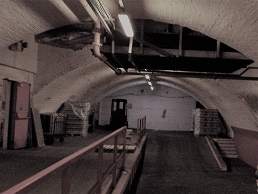 Today, you can join Paul on one of his many tours into the bowels of the earth to hear stories of the stations colourful past. See where stores of coal and grain were stored and hear how the rats, attracted by the smell of food would frequent the area, however, it is reported that many workers were more frightened of encountering the ghost of a woman known as The White Lady than they were of the huge, hairy creatures.

Visit the level where the mail brought in on the overnight train was sorted and where the mail horses were tethered, waiting to carry their valuable cargo to its proper destination. Paul highlights the infamous story of the part Glasgow Central played in Great Train Robbery. He also points out the injustice done to the driver who was only paid a pittance in compensation while the robbers sold their stories for amazing amounts of money.

Learn about the part played by the station in WW1 both when goodbyes were said to the men going off to war and of the return of the many injured, dying and deceased. Soldiers returning from the hell of the battlefields stepped off the trains to make their way through the rows of candles placed on the floor by their womenfolk. Not, as one might expect, for light and prayer but more to kill off the lice that were sticking to the heavy kilts and jackets worn in the trenches. 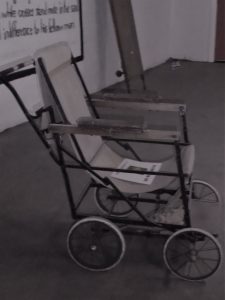 Travel deeper with Paul and learn about an area that had been used as a makeshift morgue. That was where family members had to try to identify their loved ones often a problem due to the fact that the deceased soldier’s faces had not been cleaned or dressed and still carried the mud of the battlefields. Once a body was recognized the family had to pay a stranger to remove the corpse. Feel the poignant atmosphere as you stare at the stark walls, read the poem on the wall and encounter the solitary stretcher and wheelchair left over from a bygone age. This is the area where Paul plans to erect a brass plaque to the memory of the Glasgow women, the forgotten heroes of the war. 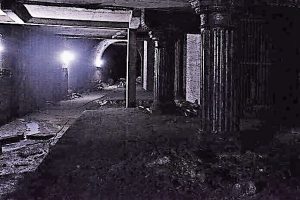 Descend even deeper and you will reach the original dark, foreboding platform of the station. It is here that Paul plans major renovations that will truly bring the station to life after all those years void of railway lines or a mode of transport. Return to this dusty old platform in six months time and you will be greeted with the sight of a vintage train carriage from the original era sitting on re-laid tracks as well as a re-created bookstall displaying historic newspapers. Other plans in the offing will see shop fronts, an old fashioned vending machine and gas effect lighting appear. The funding required for this restoration comes directly from the fees paid to take the tour.

Paul Lyons is a truly remarkable man. His vision and keen sense of humour brings to life a hidden past for all to experience and enjoy. I would highly recommend this tour to both locals and tourists alike and will certainly return once new additions have taken place.