Festivals of Light are celebrated by people from many cultures but all of them are different depending on customs and traditions. This shows us that although human beings all over the world are the same in some ways, we do things differently and that is as it should be.

Hanukkah, the Jewish Festival of Light, is a time of great rejoicing – a time to spend with family and friends and a time to do special things for others. During Hanukkah, people exchange gifts and give to the poor and needy

Jewish people greet each other with the word ‘Shalom’ which means ‘peace be with you’.

Hanukkah is a holiday that lasts for eight days. It is celebrated to remind the Jewish people that long, long ago, a mighty warrior called Judah the Maccabee, protected his people by beating the Syrians in a great battle. After the battle, the Temple in the Holy City of Jerusalem was cleaned and when the priests went to light the lamps there was only enough oil left to keep them lit for one day. However, a great miracle happened and the oil lasted for eight days. That is why the festival lasts for eight days.

A candle holder called a menorah is used to celebrate the festival. The shamash or helper candle sits right in the middle of the menorah and is used to light only one candle on the first night of Hanukkah. On the second night it is used to light two candles and three on the third night. On the last night of the festival, all eight candles burn brightly. Every evening, when the candles are lit, a special blessing is said.

A dreidel is a four-sided spinning top that has a different Hebrew letter on each face. The word dreidel means ‘to turn’.

To play the game you will need a dreidel, a small dish and some chocolate coins. Each player puts a chocolate coin in the dish then one player takes a turn to spin the dreidel. When the dreidel stops the person who turned the dreidel follows the instructions of the letter it has stopped on.

The winner is the one who has the most chocolate coins at the end of the game.

Foods that need oil to cook them such as jam doughnuts and potato latkes and enjoyed by everyone.

Podigt’s challenge: menorah’s for children come in all shapes and sizes such as trains, cars, boats or animals. Draw a picture of what you think a menorah for a child should look like. 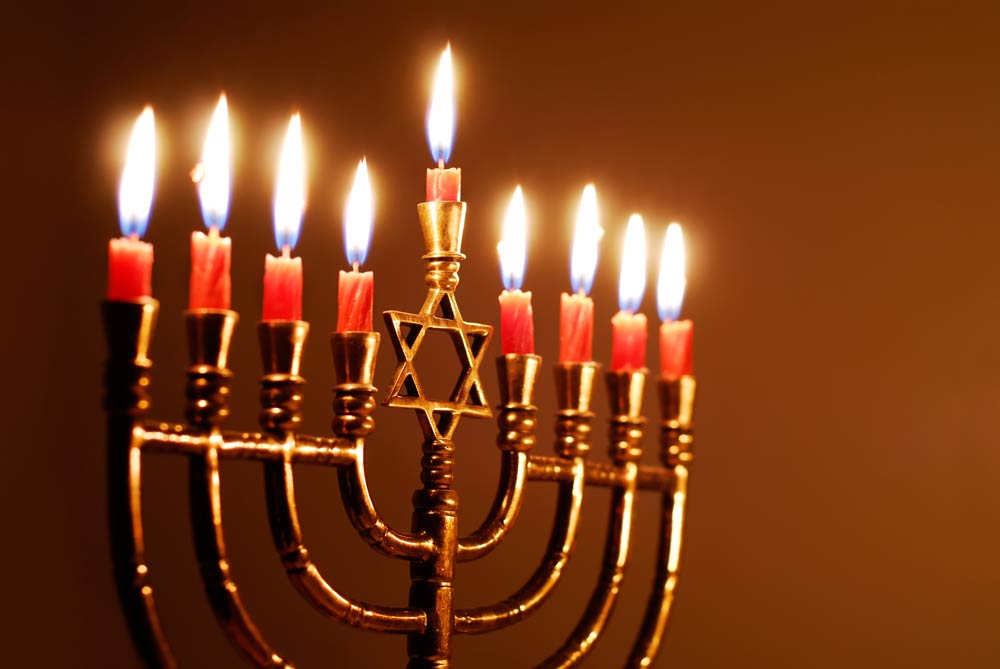 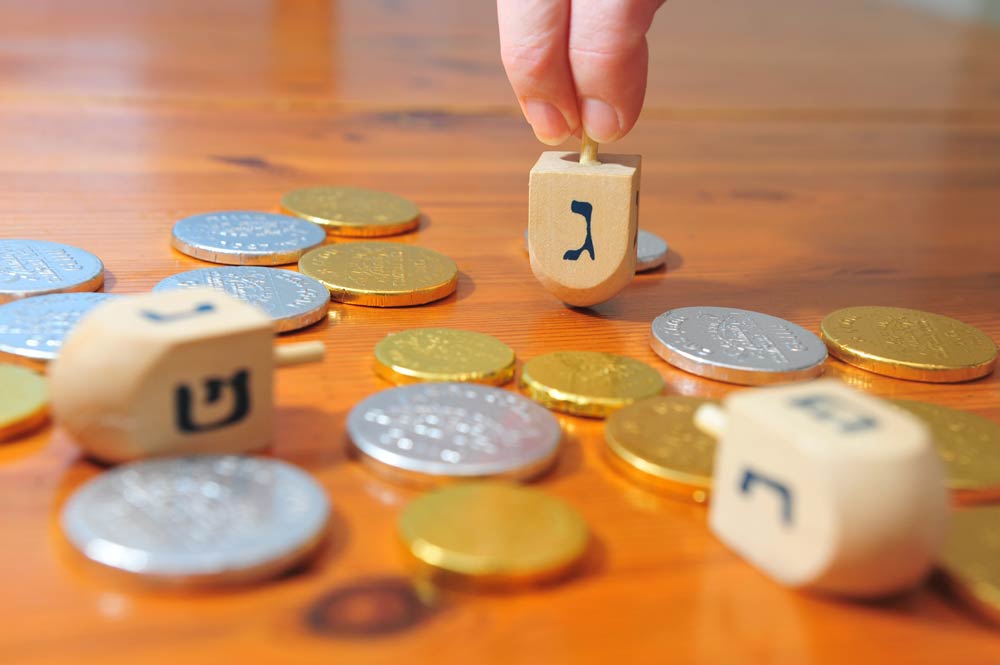 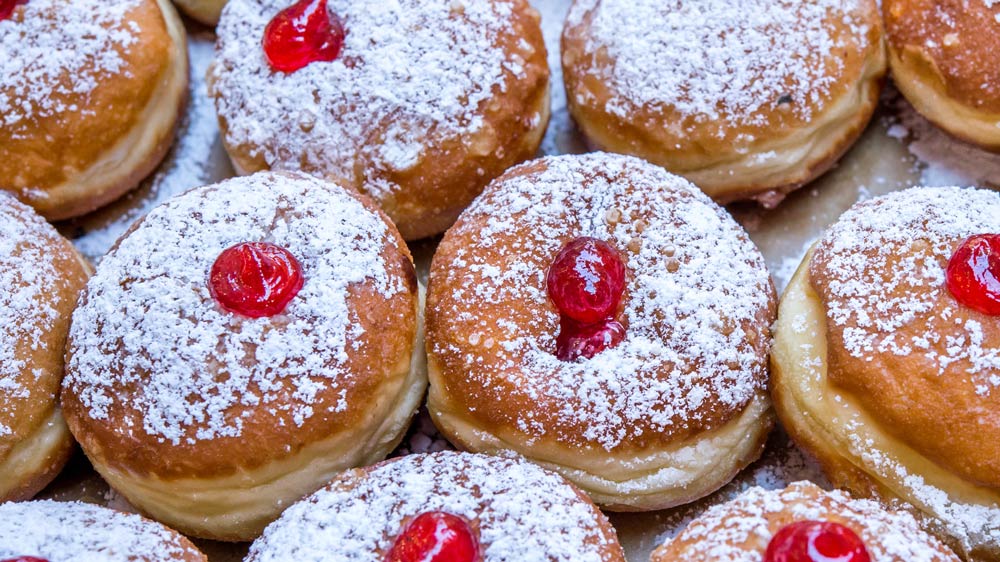 Diwali the Hindu Festival of Light, is a time of great rejoicing – a time to spend with family and friends reminding them that light triumphs over darkness and good overcomes evil.

During Diwali, people decorate their homes with candles and lamps and attend huge firework displays. They exchange gifts and eat many sweetmeats.

Before Diwali starts, families have to give their homes a good clean, buy new clothes and jewellery and make lots of sweet foods to welcome the Goddess Lakshmi who brings wealth and prosperity. Everyone wants Lakshmi to visit their home so rows of diwas or oil lamps are placed outside houses and in windows to show her the way.

People send each other Diwali cards and make rangoli patterns from coloured sand or rice powder to welcome visitors into their homes. Family and friends exchange gifts of candles and sweets and huge firework displays are held. Noisy fire crackers are set off to frighten away evil spirits.

The most important story told during Diwali is about a prince called Rama and his princess called Sita.

Rama’s father was a great king and he wanted Rama to be king after him but the Queen wanted her son, Bharat, to be king instead. The queen tricked her husband into sending Rama and Sita to live far away in the Forest of the Demons. Ravana, the Demon King, wanted Sita for himself and decided to kidnap her. When Rama was away, Ravana captured Sita and took her to his private island but Sita was very clever and dropped pieces of jewellery to guide Rama to her.

Hanuman, the Monkey King, and his monkey servants said they would help to find Sita. One of the monkeys found her sitting on a rock and took Rama to rescue her. Rama fought a great battle and killed Ravana with his magical bow and arrow. After fourteen years, Rama went home and became King. All the people in the land lit diwa lamps to celebrate the return of Rama and Sita.

When families light diwas, they remember that Rama came home safely and that good overcame evil.”

At Diwali everyone enjoys foods such as sweet meats made with condensed milk and coconut; chocolate covered bananas; cheese and pineapple skewers or fresh fruit.

Podigt’s challenge: Try to make your own rangoli pattern. 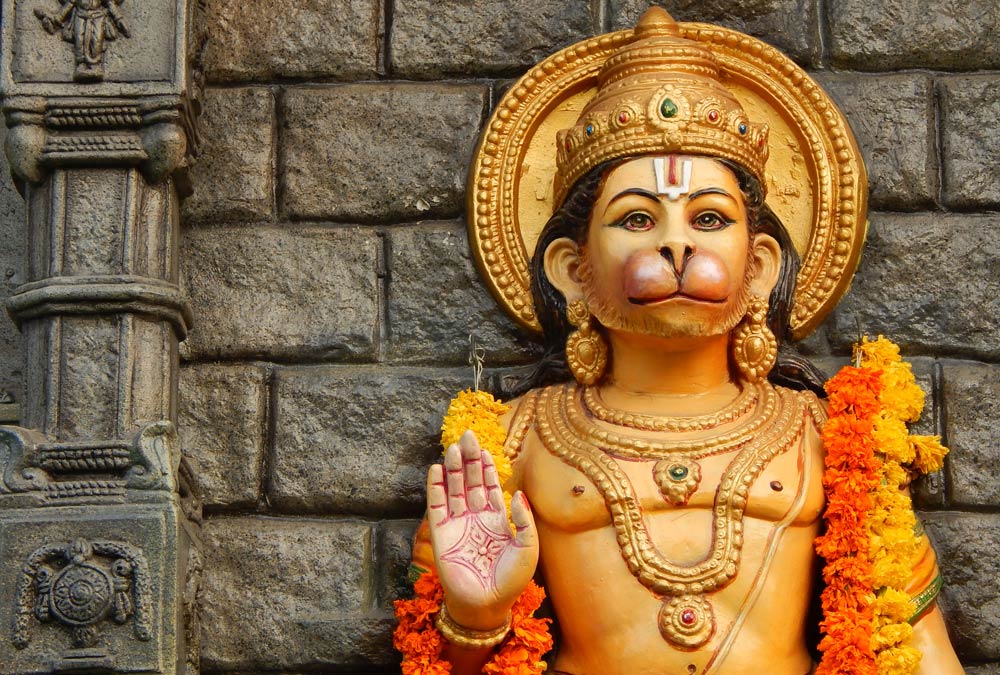 Santa Lucia Day the Swedish Festival of Light, is a time of great rejoicing – a time to spend with family and friends reminding them that the dark days of winter will soon be over. Lucia is seen as the one who will bring the light.

Swedish people greet each other with the words ‘God dag. Hur mar du?’ meaning ‘Hello. How are you?’

On the thirteenth of December, when the winter days are cold, dark and long, Swedish people celebrate a Festival of Light to remind them that soon the sun will be returning and lighter days will be coming. They are also celebrating the feast day of Saint Lucy who lived long ago and that is why it is called Santa Lucia Day.

Very early in the morning of Lucia Day, Swedish children will waken their parents by bringing them a special breakfast. One of the daughters will be wearing a white dress with a red ribbon around her waist and she will have a ring of twinkling candles in her hair. Today the candles are lit by batteries. The Lucia girl will be carrying a breakfast tray of coffee and Lussekatter buns (saffron buns with raisins in them).

Any boys in the family, called star boys, will be wearing long white robes, pointed hats with stars on them and will be carrying wands.

Later in the day the family will meet with friends and relatives to enjoy the celebrations. Each town has their own Lucia Queen and she will be seen visiting hospitals, shops, nursing homes and many other places. In Stockholm, the capital of Sweden, the Lucia Queen will be crowned by a writer who has just won an important award known as the Nobel Prize.

In the evening there will be candle lit processions, carol singing and firework displays. Late into the night, sleepy children will go off to bed to dream about the exciting, fun filled day they have just had.

The Lucia Song
Darkness is all around
Deep shadows linger
But then you hear the sound
Of a white clad singer.
Out of the frosty night
Steps out our Maid of Light.
Santa Lucia, Santa Lucia.

Sunshine and summer days
Seem to have vanished
But now, Lucia says
Winter is banished.
Soon we shall see the birth
Of light again on Earth.
Santa Lucia, Santa Lucia.

Podigt’s challenge: Can you make a Santa Lucia greetings card? 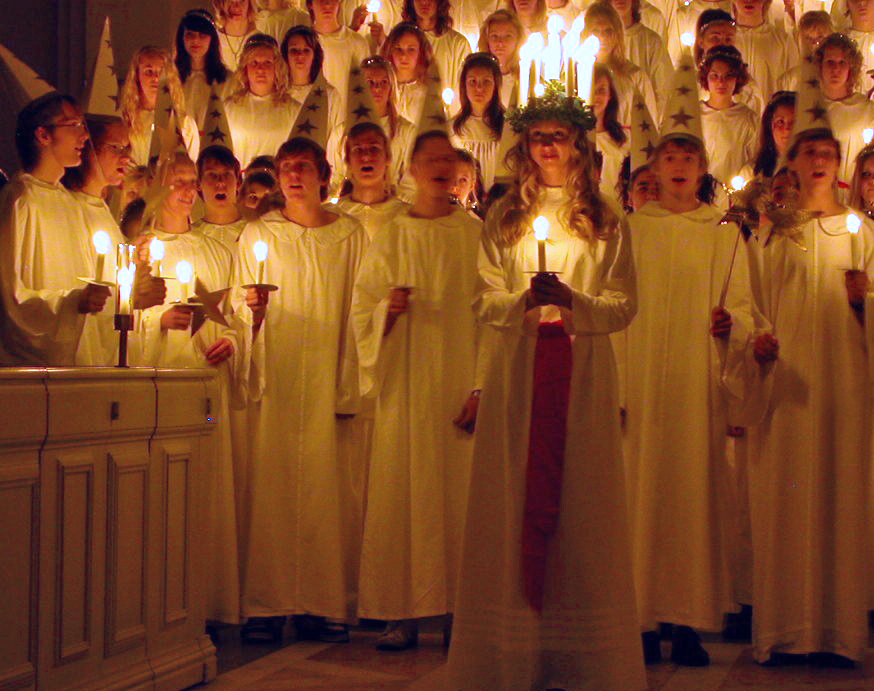 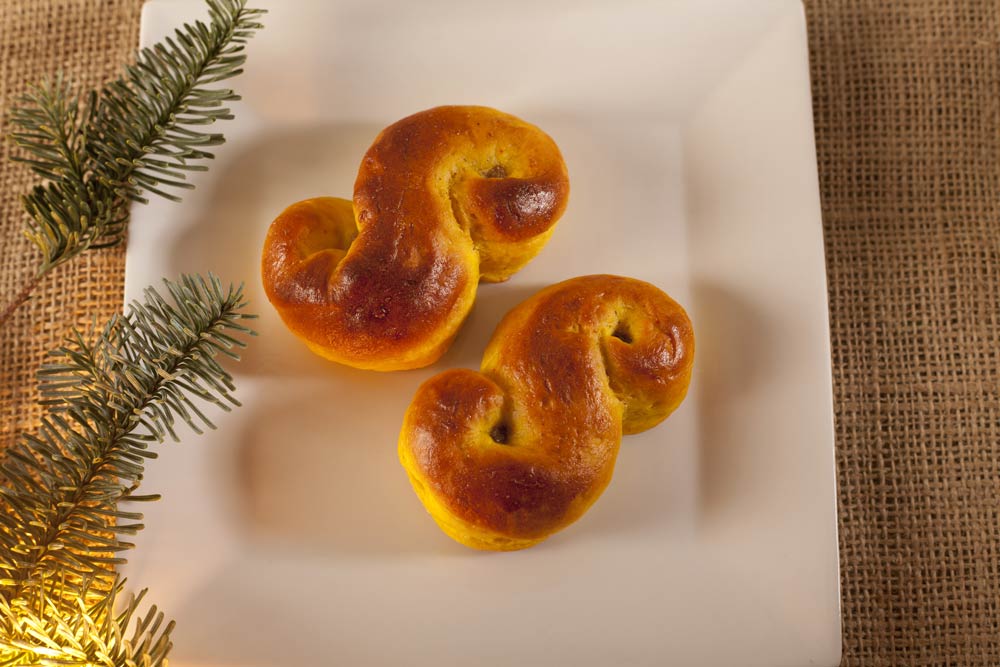 This Chinese Festival of Light, is a time of great rejoicing – a time to spend with family looking forward to a year that will bring good luck, health, wealth and happiness.

The Chinese New Year does not take place on the same day every year. It takes place when there is a new moon in either January or February. It lasts for fifteen days.

The Chinese calendar is made up of twelve year cycles, each year being named after an animal. The animals are the Rat, Ox, Tiger, Rabbit, Dragon, Snake, Horse, Sheep, Monkey, Rooster, Dog and Boar. Just before New Year begins, people will start to buy presents, spring clean and decorate their homes.

Red is considered to be a lucky colour. Red gift packets are usually filled with money and given to children.

On New Year’s Eve families visit friends and relatives and at midnight firecrackers go off to chase away evil spirits from the year that has ended then everyone sits down to a large meal. The feast and celebrations continue all night long.

On New Year’s Day, people dressed in dragon and lion costumes weave their way through the crowds.

On the last day of the New Year celebrations, the Lantern Festival takes place. The streets are decorated with brightly coloured lanterns and children carry small paper lanterns.

PodIGT’s challenge: Find out as much as you can about dragons. 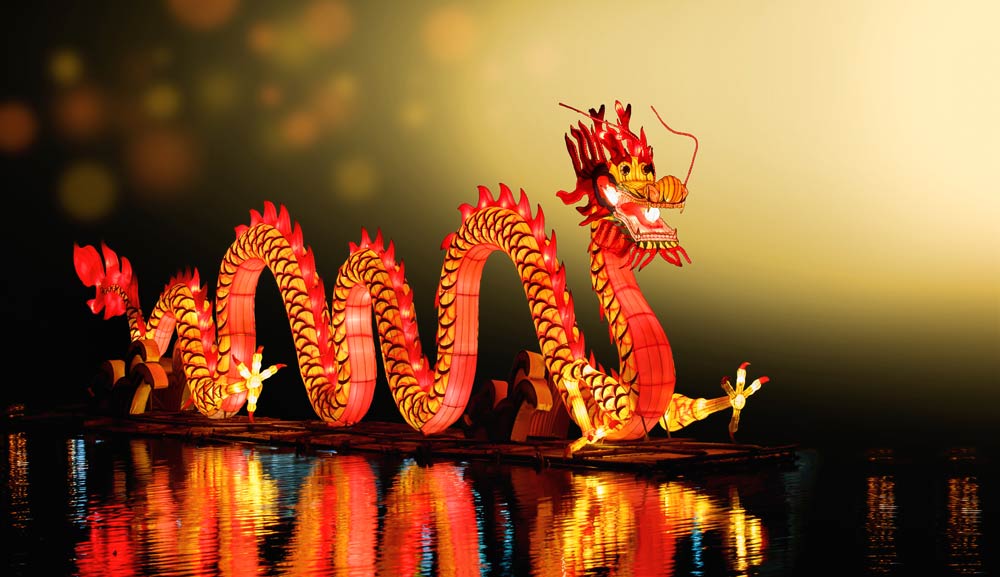 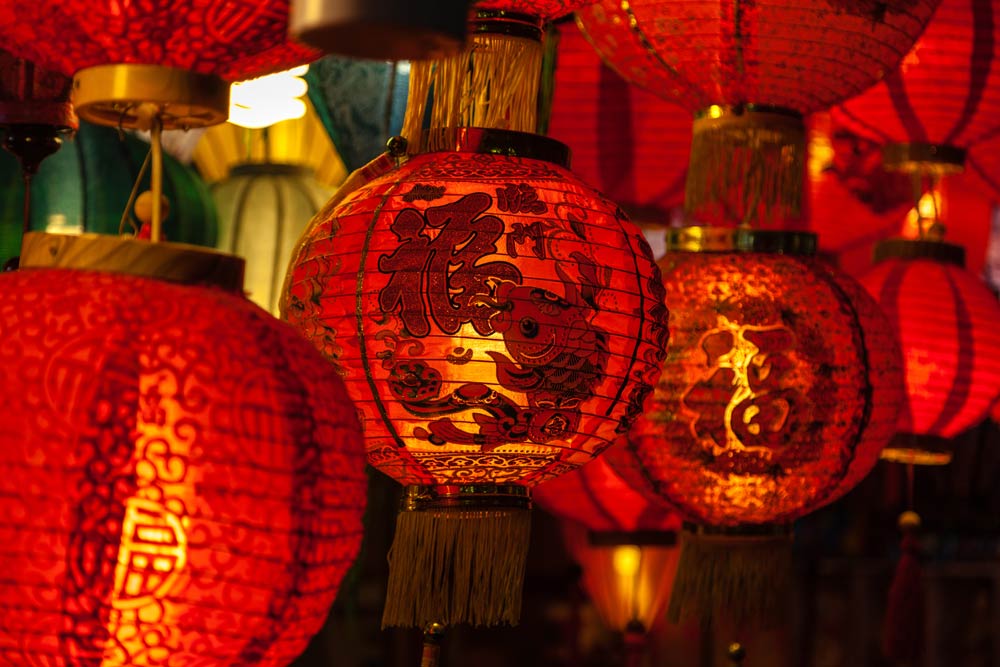 On the 25th of December every year, Christians celebrate the birth of the baby Jesus, born in a stable in Bethlehem. The story is told of how angels appeared in the sky to some shepherds in the fields telling them of the baby’s birth. A bright star in the sky guided three wise men to the stable and they gave the baby gifts of gold, frankincense and myrrh.

Artificial and sometimes real fir trees are decorated with many twinkling lights and shine brightly in the windows of people’s houses. A star or angel will be placed on the top of each tree to remind people about what happened when Jesus was born.

Children love Christmas as that is when Santa Clause brings gifts. They go to bed early on Christmas Eve and wake up excited to see what he has brought them.

Christians attend church on Christmas Eve for a Midnight Service when candles are lit to celebrate the birth of the baby. Families gather together on Christmas Day for a traditional meal which usually consists of a turkey, chipolata sausages, cranberry sauce and stuffing. Mince pies are also a favourite food at this time.

Some families set off fireworks to light up the night sky.

Some favourite songs sung by children at Christmas are:
When Santa got stuck up the Chimney!
Jungle Bells
Frosty the Snowman
Rudolph the Red Nosed Reindeer
Do they know its Christmas?

PodIGT’s challenge: Can you find the words to all of these songs?